How do solar panels work? We’ve spoken generally about how solar panels harness the power of the sun and allow us to convert its energy into electricity for use in various ways. But, on a technical level solar panels consist of photovoltaic (PV) cells that, when hit with sunlight, absorb energy and cause them to vibrate. That vibration generates solar electricity. This action is known as the Photovoltaic Effect.

What we’re discussing in this blog are the three main types of solar panel cells available: polycrystalline, mono-crystalline and thin-film. All of which differ in efficiency. Why do some work more effectively than others? The power output of a PV panel directly relates to the quality and the efficiency of the solar cells…it’s not always about volume.

As the name indicates, Mono-crystalline Solar Panels are made up of single crystal silicon solar cells (mono – crystalline). Considered to be the purest form of solar panel, it’s usually recognisable from its uniform dark colour and rounded edges.

These solar cells are produced by using pure blocks of silicon to form bars which are then cut into wafers. The shape and finish of these bars is round and smooth which allows them to operate to an optimum. These bars are very recognisable, though the production process is seen to be somewhat wasteful and time consuming.

They are considered to be a premium panel and while more expensive than their counterparts, tend to last longer and produce electricity at a higher rate.

Polycrystalline panels, also referred to as ‘multi-crystalline’ panels are usually placed in the mid-range bracket in terms of affordability and efficiency. While they are made of silicon, unlike mono-crystalline cells, they are made from many (poly) fragments of silicon crystal. This results in a reduced output and a shorter lifespan. However, that is reflected in cost.

The polycrystalline panel is easily identifiable from its blue, speckled appearance. The speckles are caused by the number of crystals in each cell which can be further exaggerated by the sunlight reflecting off them.

Again, the name gives us a little information straight off the bat. Unlike the previous two panel types, thin-film solar panels are thin, with a shallow profile. In fact, the cells within the panels are roughly 350 times thinner than their competitors.

Rather than using pure silicon, these are produced using layers of semi-conducting materials – Amorphous silicon, Cadmium telluride, Copper indium gallium selenide, Organic PV cells within conducting layers placed between them. These layers are topped off with glass, helping to capture sunlight.

More panels and more roof space would be required to produce the same amount of solar energy compared to crystalline panels. They also tend to degrade at a faster rate than the crystalline panels which results in companies giving shorter warranties.

Despite their bad points, their flexibility makes them suitable for a range of applications that crystalline panels are not.

SO WHICH TYPE OF SOLAR PANEL IS THE BEST?

Well, from our synopsis of each, there really is a front runner in terms of energy output and that’s the mono-crystalline pane, which is the most popular in Ireland. At Caldor Solar we work with Sunpower, Jinko, Longi, Q-Cell, JA Solar, Canadian Solar & many other tier 1 brands. All the systems we use are recognised as being best in industry.

A Guide to The Solar Panel Installation Process

Most weeks we post a blog about a topic that has been raised through dealing with our clients. Most months, we send a synopsis of them out via our newsletter. If you’d like to sign up to keep in the loop you can do so here. 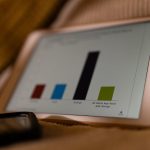