In short, the new exemptions mean that those planning to install residential solar panels in the near future will likely be able to do so without requesting planning permission. Homeowners will also be allowed to use 100 percent of their rooftop surfaces for solar panels, a significant and welcome increase from the previously permitted 50 percent.

According to the government, these measures will bring Ireland “into line” with the EU’s Solar Rooftops Initiative by simplifying the installation process on houses, as well as educational, community, and religious buildings, thereby enabling easier and more widespread adoption.

Furthermore, the updated legislation will help to support the government’s Climate Action Plan. Specifically, its solar target of approximately one million new panels, or 380MW of microgeneration capacity—a significant move towards energy sovereignty and renewables.

It will also dovetail neatly into the upcoming Small-Scale Generation Support Scheme, which is expected next year and will help facilitate small businesses’ participation in renewables. (Check out Caldor’s most recent guide to grants for PV solar panels in Ireland here.)

In a press release, the Minister for Housing, Local Government and Heritage, Darragh O’Brien, said: “With these new exemptions we are removing barriers and ensuring that individuals, communities, businesses and farms can generate their own electricity, reduce their own bills and play their part in creating a zero-carbon future.” 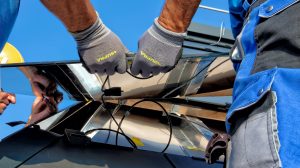 Homeowners will no longer require planning permission to add rooftop solar panels, but the new exemptions also apply to a range of community, public, and apartment buildings, as well as farms.. Photo by Ricardo Gomez Angel via Unsplash.

What exactly are the new solar planning exemptions?

According to the government, the revised regulations include the following adjustments:

The above exemptions do not include protected structures and Architectural Conservation Areas, however, solar panels will be allowed if they do not impact the character or longevity of applicable structures. If unsure, it is advisable to check with your local authority for guidance about permission if your home is a protected structure or within a conservation area.

The new measures are also particularly notable for their impact on agricultural communities, for whom solar remains the most accessible and scaleable renewable technology with which to power operations. (Read our comprehensive guide to solar PV-powered farming here.)

According to IFAC’s 2020 Irish Farm Report Survey, a whopping 93 percent of participating farmers want to reduce their carbon footprints, with many have been waiting specifically for updated planning permission exemptions and a general reduction in associated bureaucracy.

Today, and despite its initial slow growth in Ireland, the national solar industry is expanding steadily. But across domestic and commercial applications, barriers to quick deployment—such as time-consuming planning permissions—remain an impediment.

It is both significant and promising that the Irish government is actively and publicly working to empower the adoption of solar right across the board, from homeowners to smallholders, by expediting the planning and installation process. However, it should be noted that many people have been waiting for this legislative change for some time.

What Are the Three Main Styles of Solar Panel You Should Consider?

Most weeks we post a blog about a topic raised through dealing with our clients. Most months, we send a brief synopsis out via our newsletter. If you’d like to sign up to keep in the loop you can do so here. Caldor are specialists in both residential and commercial solar panels.  Discover our green solutions to generate optimal returns. 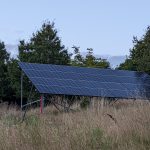