Lately, there’s been a very clear upswing in living costs. Money goes in one pocket and out the other. While it varies hugely from person to person and household to household, we are all becoming more aware of our spending, our saving… or our lack thereof. We’ve compiled some practical, energy reducing chores you can carry out around the house. Some measures might seem miserly and overly frugal but small changes do make a difference.

What we’re doing here, at base level, is a home energy audit. Know your home, how you use it and find the areas where you can become more strategic with your use of energy. This is something we’ve spoken about previously and it can have a remarkable impact. In the long run, if you carry out these tasks, if and when you decide to invest in solar energy (for longer term savings) you’ll instantly notice a greater difference to your utility bills month on month.

Turn Your Heating Down

Heating is the utility bill we’ve noticed the biggest spike in over the past few months. However, according to the SEAI, you can make savings of up to 10% by simply reducing your room temperatures by one degree. Look carefully at the rooms you’re using most and those you’re using least. Turn down the heat in your commonly used areas to 20°C and in areas where you spend less time to between 15-18°C. In rooms that you don’t use frequently or at all, the radiators can be turned down to a low temperature and/or turned off for periods of time.

The high energy drawing appliances such as dishwashers and washing machines can be great savers if you run them on lower temperatures. In the UK, since 2013, washing machines have had to have a 20°C option to help save energy. When tested, Which found that reducing your daily wash temperature from the standard 40°C to 20°C reduced running costs by an average of 62%. It did have slightly less cleaning power and using liquid detergents at the lower temperature performed better but for light washes it’s a good saving solution. In comparison, a reduction in temperature from 40°C to 30°C used approximately 38% less energy. Better for the longevity of your clothes, your budget and for the planet.

Now that we’ve brought up food, we might as well talk about cooking. When it comes to food prep, you’ve most likely heard of the term batch cooking in relation to helping maintain a healthy diet. It also works for energy saving. Using your oven space well and cooking a number of dishes at once saves both time and energy. When heating up those batch cooked dinners, use your microwave as it has a lower energy pull. Likewise, using the toaster instead of the grill when possible is also a good energy saving step.

One final thing before we leave the kitchen, be mindful of the kettle. We are nearly all guilty of boiling enough water for 7 cups of tea when all that is wanted is one. Those extra cups are going nowhere but on the bill.

The bane of old houses. Close doors, windows and search for the culprits. It could be gaps under doors, keyholes, fireplaces or old window frames. The best thing is to plug them up and cover them where possible. Chimney balloons, draught excluders and heavy curtains are everyday heroes when it comes to tackling draughts.

During lockdown people started having baths in large numbers; more than likely this was a relaxing measure taken to living through turbulent times. However, a shower uses about 20% of the energy when compared to a full bath so it might be time to cut back.

Turn your taps off when they’re not in use. Don’t let them run unnecessarily – this can be a regular occurrence when washing faces or brushing teeth. You are quite literally pouring both water and money down the drain. If you really want to put the squeeze on, turning off your shower while sudsing up can reduce almost half the water you use while showering. It might sound like a bridge too far to some, but people in Ireland are feeling the pinch.

You should also ensure that you’re not overheating your water as this uses excess energy. Again, the SEAI would recommend that you set your hot water thermostat to 60-6560-65°C.

When not using something, turn it off at the power source. Plug things out. This goes for everything that doesn’t have to be running 24/7. Turn off lights behind you, make the most of daylight and get into the habit of running a quick scan of all sockets and lights before you leave the room/house.

When it comes to blown bulbs and replacements choose an energy efficient option, LED lights are the winners here. Go for the lowest wattage you can get away with to keep the energy draw as low as possible.

Not only should you switch up bulbs, it’s more than likely that you should be switching up your energy provider… every year. We will be going into this in more detail in next week’s blog but safe to say our findings suggest that loyalty doesn’t pay and there’s significant savings to be made if effort is put in.

HOW LONG DOES IT TAKE SOLAR PANELS TO PAY FROM THEMSELVES 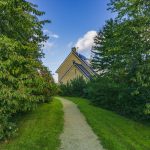 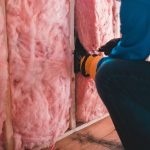 5 Ways to Insulate Your HomeEnergy Tips