If you find yourself here, it’s quite probable that you are doing your due diligence on solar panels before you invest or, something has sparked an initial curiosity. So, here we give to you, ten interesting and useful facts at a scroll. In this instance, knowledge is solar power.

1. Solar power isn’t new; it’s been in use almost as long as man has been around. In its most basic form, solar energy has been put to work as far back as 7th century B.C. Its earliest use, history tells us, was when magnifying glass materials were used to light fires. Later, in 3rd Century B.C it was the Greeks and Romans who harnessed the sun’s power and used mirrors to light torches for religious ceremonies, known as ‘burning mirrors’. They were quite a literal bunch, it seems.

A less dramatic but perhaps more commonly known use of solar power would be sunrooms or solariums. The use of glass panels to direct sunlight and trap its lovely companion, heat. Sunrooms have been used throughout history dating back to China in 6000 BC to heat homes, grow plants and even to help people recover from illnesses like pneumonia, pleurisy and tuberculosis.

Perhaps the history of solar power won’t aid you in any final decision making but it’s certainly reassuring to know that it’s not a new discovery. It’s proven its worth since the very beginning and solar panels are a tried and tested, safe and effective way of bringing that power to you. So tried in fact, that there were solar panels on satellites in 1956.

2. If we could harness the power of the sun in its entirety for one hour, we would be able to produce worldwide energy for one year. That’s a sentence worth reading at least twice, even three times. Intelligent solar technology, design and thoughtful installation allows us to safely harness and efficiently store solar power, which can be used to produce energy for residential homes and businesses alike, looking to reduce cost and reach sustainability goals.

Working with registered and recommended suppliers is always going to be the right course of action. You can read our reviews here.

4. Solar panels can produce power without direct sunlight: Yes, even in Ireland. We live in a predominately cloudy country so this is of particular interest to those of you who question the efficacy of solar panels in such a climate.  This would have been useful fact number one if we hadn’t already given it airtime here

To synopsise the previous blog; it doesn’t matter if the sun isn’t directly beaming on the panels, different parts of the sun’s light spectrum are still being absorbed and utilised to produce power. The most important part is light, not heat.

A rough rule of thumb in Ireland is that every 1kWp installed, will deliver approximately 1,000 units of electricity per annum.

Ireland is at a latitudinal sweet spot for solar. Any further south & the heat causes the panels performance to plummet. Any further north & there is significantly less sun.

5. Solar technology is incredibly versatile. It can be used on any building with an electrical load, roads to aircrafts, spacecrafts to satellites. The technology is making its way into all aspects of modern life. Next generation cars and boats are incorporating it into their designs favouring a clean, renewable and inexhaustible fuel source.

6. Investing in solar panels will pay for itself: This is most likely an argument you are familiar with (so it’s a stretch having it under this blog title) and it’s probably one of the main motivating factors that has you on this website. Solar energy is completely free. Once you’ve covered the initial set up costs of installing the panels themselves the energy being captured through them remains at a constant €0.00.

With the solar panel design lifespan (which is our next point), and specific performance warranties the 5 year payback is 20% return on investment.

7. The life expectancy of solar panels: Studies have proven that solar panels can last anywhere between 25-35 years (sometimes more). It’s not that they reach a certain age and suddenly drop off a cliff in terms of functioning, they just become less productive over time. Combine this point with the previous one and you are looking at years of savings.

8. Maintenance: There’s really not much to it. Once the work of installing your panels has been done (which can happen in one day), you just need to ensure it remains clear and clean. We do recommend a yearly service as good housekeeping. That’s it. Let’s keep this as short and simple as the instructions themselves.

9. It’s a renewable, sustainable option: Another seriously motivating factor to invest in solar power is the fact that it is a green energy source. Not only does using solar energy help save you money, it reduces your carbon footprint making you less reliant on fossil fuels. For businesses, it can assist in reaching sustainability goals, something which consumers are increasingly looking for. In addition, it is an investment that can be written off against corporation tax (for more information, see the SEAI website).

10. We are being incentivised to make the switch: We are being actively encouraged to invest in solar energy. If you’re interested in making the switch to a solar power system, there are grants available from the Sustainable Energy Authority of Ireland. For more information on the grant process and how it works for you, see the SEAI website here [Link to https://www.seai.ie/grants/home-energy-grants/solar-electricity-grant/ ].

To conclude on these 10 interesting facts about solar panels you probably didn’t know:

Taking into consideration the facts above,  choosing to use solar energy is essentially a home (or business) improvement project. It increases the functionality and efficiency of your home and therefore its value. It reduces your carbon emissions, it will save you money on your bills and it’s easy to maintain.

We know that people who want to make the move to a new or supplementary energy source do their research. If you have questions, ask [Link to chat or email].  We know that lifestyles vary hugely and that we each have a different set of demands and requirements, which is why we’re on hand to answer any questions you might have.

There’s a lot of information out there about solar energy and solar panels. To get a clear understanding of what facts might be of most interest, we read a host of articles, Q&As and listened to podcasts with people who have already switched.

One podcast which gave an interesting but light overview was: Making the Switch to Solar Podcast “Save money on your power bill by Going Solar: Interview with Jackie Madrid.”

While it’s US centric, it’s an interesting, honest and short conversation about having made the leap. 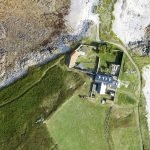